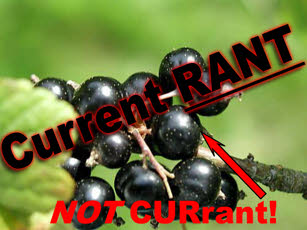 I just bought this WSO about the strategy and power of putting out Amazon Kindle singles, or at least the strategies of getting approved for the program.

What attracted me to this was to things:

Two is that it could be based on a rant

I’ve been working on it, and on creating a possible Amazon singles product since I got the WSO and I’m finding it a very interesting process. In the way of rants, Paul Coleman (the WSO author) mentions being controversial, and possibly being controversial on both sides of an issue.

What’s interesting to me about this is the idea of putting out a rant and a controversial rant especially,? is not something I had considered doing before – it is a new sort of output for me.

Even more interesting? is that I’m finding that there are things that I’ve been “ranting about” for years and that I know a lot about and feel passionate about and that might possibly be something that could be an Amazon Kindle single, or at least one that could be submitted for consideration into their program.

So what do you have to rant about? If you have a pulse, then you must have something. Especially with if you live in the US, where it is encouraged to go off on something whether you really know anything about the issue or not :P

Speaking of issues, an issue that I see with this would be that if your particular rant/Amazon Kindle Single gets to be really popular, it could possibly be that you get to be known for the subject matter of your rant and not for the things that you really want to be known for, especially in the realm of book and or product publishing.

So that’s where the possibility of publishing under a pen name would come in handy.

However, these are supposed to be current and cutting edge and relevant sort of products and it seems to me that publishing under a pen name would immediately take away some of your credibility in terms of how serious or passionate you are, or how sincere you are about the subject.

It’s a dilemma: what do you think?

I don’t see much in the way of downsides for this, and I’ve got about 10 pages of one written already, with beginnings of outlines for a series in a particular subject matter, but the funny thing is it’s not a subject that I ever would’ve considered putting a product out before, but the genre of Amazon Kindle Singles kind of brought brought this whole new angle of publishing to light for me, and who knows where it’s going to go from here.

What about you? Does this spark any ideas or rants or unusual subject matter that you never considered writing about?

← Already Disappointed not – Comment on a Meme
Is Podcasting a Business Marketing Strategy You Should Do? →